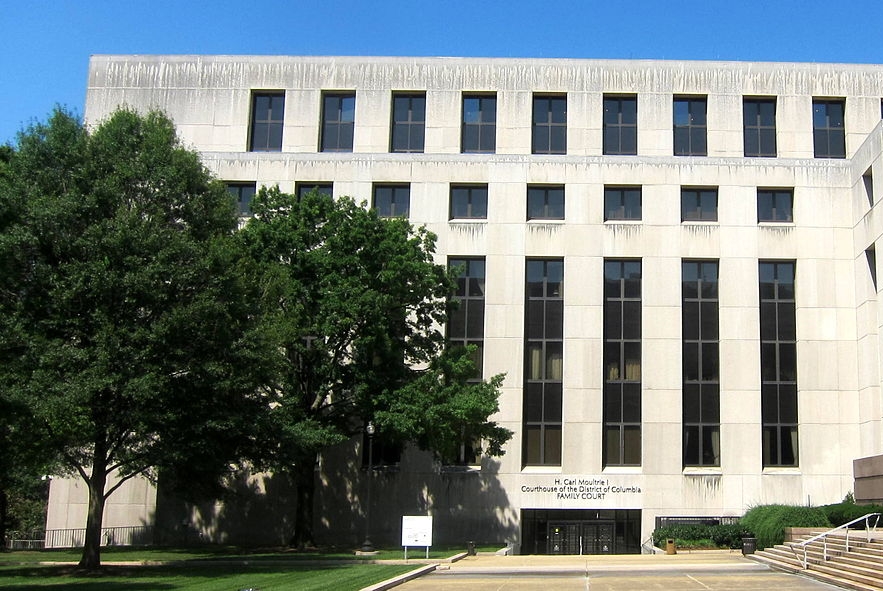 A case before the D.C. Superior Court has implications for religious freedom, especially for those of minority faiths. File Photo courtesy of Wikimedia Commons

Aug. 21 (UPI) — Our nation is much more diverse today — religiously, ethnically and racially — than at any time in our history. While diversity is our strength, it can mean growing disagreement about norms, values, and how we should live. The First Amendment protections of our fundamental rights are being challenged and tested in significant ways, with important implications for all.

Arguably our “first freedom” is the freedom of conscience, belief, and religion. Central to religious liberty is the right of religious association. Religious individuals and groups have the right to live, worship, and organize according to the dictates of their faith. Yet their rights are being increasingly threatened.

Defenders of religious freedom are increasingly concerned that this is what is happening in a case before the Washington, D.C. Superior Court (Family Federation for World Peace and Unification, et al v.Hyun Jin Moon, et al.) A summary judgement ruling thereby Judge Laura Cordero ignored voluminous evidence of the religious disputes and schism at the heart of this case.

Imam Talib Shareef, president, and imam of “the nation’s mosque,” Masjid Muhammad in Washington D.C., stated, “I am quite familiar with the important work led by Dr. Hyun Jin Preston Moon and have observed this particular case with growing alarm. As a longtime D.C. resident and a religious leader here, I am very concerned about how this important and complex case is being handled. If the summary judgement ruling, in this case, becomes legal precedent, it will seriously erode the religious freedom protections for all faith communities, new and old.”

Freedom of religious association means that government and courts cannot interfere with the beliefs and doctrines, ways of organizing and governing, or the selection of leaders for religious communities. A brief examination of the Unification Movement experience illustrates how misguided court rulings can infringe on all these elements and can provide insights for other faith communities that may face similar challenges.

The Rev. Sun Myung Moon‘s spiritual vision and teachings inspired the work of hundreds of organizations and projects worldwide to promote unity and peace within the human family under God. Collectively, these have been known as the Unification Movement. Transformational spiritual leaders like Moon are often misunderstood; the significance and impact of their lives and work become clearer with the passage of time.

The Unification Movement was misunderstood by many — including the D.C. Superior Court — because the prevalent understanding of religious entities and what defines a “church” is heavily influenced by experience with mainline Christian denominations. New religious movements require a nuanced understanding — their teachings, traditions, and structures are often still evolving.

The best way to understand a new religious movement is through the perspective and experiences of its believers. Unfortunately, that perspective has been ignored in this case, with implications that threaten the right to believe for all because it disregards well-established legal precedent regarding religious freedom.

During Sun Myung Moon’s final years, disputes arose within the Unification Movement over doctrine, organization, and leadership. Starting in 1994, Sun Myung Moon had initiated a series of dramatic changes. On the 40th anniversary of the founding of the Holy Spirit Association for the Unification and World Christianity, he declared the “end of the church era” and the opening of a new era centered on families. He declared the completion of the mission of HSA-UWC and called for it to be dismantled as the movement entered a new era.

Along with this fundamental shift in focus, Sun Myung Moon also initiated a major transition to the next generation of leaders. Most importantly, in 1998, when he was 78, he designated his son Hyun Jin Preston Moon as his successor to lead the movement with the mantle of spiritual authority. Preston Moon, an accomplished theologian, Olympic athlete, and successful entrepreneur, was 29 at the time.

The Unification Movement thus began the 21st century with a new focus that required not only organizational restructuring but also the transformation of the leadership culture. Preston Moon initiated major leadership training programs and reforms at his father’s behest. Along with this shift to the family-centered movement came the founding of organizations for world peace, including the Universal Peace Federation. For 10 years — from 1998 to 2008 — Preston Moon led the movement through this transition and into a period of unprecedented growth and prosperity.

Not surprisingly, the sweeping changes during this period were a threat to leaders entrenched in the church-like structure being dismantled. These clerics sought common cause with Preston Moon’s mother, Hak Ja Han, and several of his siblings to resist change and maintain their control.

Since 2009, this group initiated more than 30 court cases on three continents against Preston Moon and others within the movement. The majority of these cases were dismissed outright because they lacked merit and substance and were recognized as part of a larger religious schism. Ironically, this one remaining case is proceeding in the capital of the United States, the epitome of religious freedom around the world. The case involves UCI, a board-run, nonprofit religious entity, which supported many Unification Movement-related projects, including The Washington Times. Preston Moon has served as chairman of the UCI board since 2006. (UCI is the ultimate shareholder of UPI.)

The cleric group initiated litigation against UCI and its boarding 2011, seeking a hostile takeover through judicial fiat. This case was originally dismissed in 2013 by Judge Josey-Herring based on ecclesiastic abstention, as she correctly recognized this was a religious dispute dealing with spiritual authority and polity. Yet, on appeal, the case reverted to the Superior Court to allow the presentation of evidence. It is still ongoing at tremendous cost to D.C. taxpayers and to the Unification Movement members.

Yet, the most outrageous ruling, in this case, came in a 2018 summary judgment, issued by Judge Laura Cordero, that ignored the nuances of a new religious movement, the complexities of the case and First Amendment concerns, and decided issues that were properly left to trial. In effect, her ruling determined the succession, theology, and polity of the Unification Movement amid a religious schism. It determined leadership because the court ignored evidence of a major religious dispute about succession and accepted the false narrative of the plaintiff. It determined theology because the courts evaluated religious terminology that the UCI board had amended in its Articles of Incorporation. And it determined the organizational structure of the Unification Movement because it erroneously legitimized the FFWPU’s claim to be some form of “supra-authority” over the movement.

Cordero’s ruling is deeply troubling, not only for lifelong members of the Unification Movement but for advocates of religious freedom. It sets a dangerous precedent that threatens the rights of all religious communities and believers. Would Cordero have rushed to issue a summary judgment and decided to punish the defendants if they were from a mainstream faith, rather than a new religious movement? Her ruling casts aside and impugns the sincere faith and convictions of a large community of believers. Our right to believe is “unalienable as endowed by the creator;” the D.C. court got this seriously wrong. The court has no place taking sides in a religious schism.

Judge Jennifer Anderson, currently presiding over the UCI case, still has the power to do the right thing. She can properly dismiss the case on First Amendment grounds. Doing so would be in line with the D.C. Appellate Court’s guidance to dismiss the case if it becomes apparent that it hinges upon matters of religious doctrine and polity.

The UCI case serves as a warning of judicial overreach to religious organizations, religious freedom advocates and nonprofits in the District of Columbia and beyond. Faithful members around the world are praying that Judge Anderson follows her conscience, as well as her pledge to uphold the Constitution as an honorable Superior Court judge, and dismisses this case.

Howard C. Self is the president of Right To Believe, a not-for-profit organization fighting to protect religious rights from undue governmental interference. He has also held leadership roles at the Family Peace Association and in the Unification Movement, which are affiliated with UCI, the ultimate holding company that owns UPI. Hyun Jin Preston Moon serves as chairman of UCI.